We're running a special promotion this month. All orders come with a $100 gift certificate good towards your first purchase of wine on NakedWines.com! 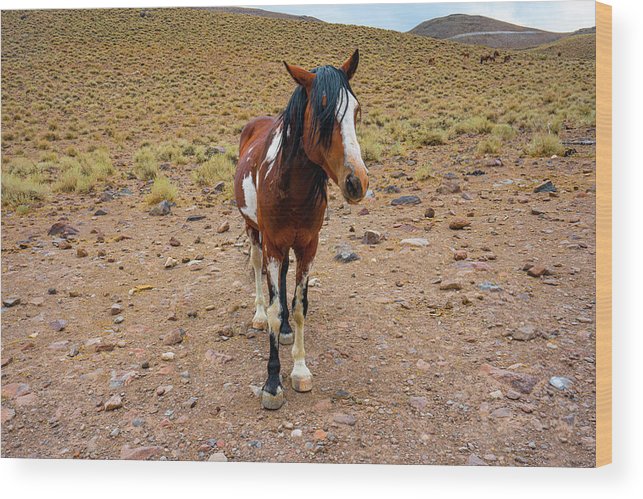 Painted Nevada Mustang wood print by Ron Long Ltd Photography.   Bring your artwork to life with the texture and added depth of a wood print. Your image gets printed directly onto a sheet of 3/4" thick maple wood. There are D-clips on the back of the print for mounting it to your wall using mounting hooks and nails (included).

Closeup of a Wild Mustang outside of Reno, Nevada. These horses were originally introduced by the Spaniards during their exploration and settlement... more

Closeup of a Wild Mustang outside of Reno, Nevada. These horses were originally introduced by the Spaniards during their exploration and settlement what is now the Western U.S. as early as 1519. Escaped and abandoned horses were the early descendants of the Mustang, both from Pioneer Settlers and Indian tribes.

Ron has always loved the outdoors so it was natural for him to take up landscape photography. He and Liz plan trips and hike together to find the most picturesque spots to capture images. They have combined their travel photography with their love of the outdoors to produce a fascinating photographic journey. "We hope you enjoy them as much as we have enjoyed creating them!"